During Women’s History month, one thing you can do to advance gender equity is make sure you are including transgender women, along with cisgender women, in your celebrations.

That’s what one of our clients, the Spiritual Living Center of Atlanta, is doing. During this month of March, at the beginning of each Sunday service, they are sharing the biographies of diverse women – including the accomplishments of Janet Mock.

To support your organization in celebrating the contributions of all women, here are several brief biographies of history-making trans women. Feel free to use them as you celebrate all women all month. 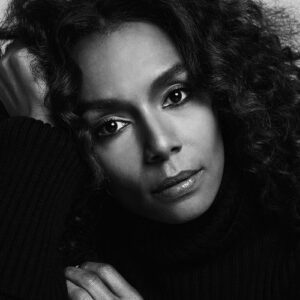 Janet Mock is the New York Times bestselling author of two memoirs, Redefining Realness and Surpassing Certainty. She is also a writer, director and producer on the FX series Pose, for which she made history as the first trans woman of color to write and direct an episode of television.

A native of Honolulu, Janet earned her MA in journalism from NYU. She began her media career at People magazine where she worked for five years. She then produced the HBO documentary The Trans List, and created the column “Beauty Beyond Binaries” for Allure, which broke ground by exploring pretty privilege. Janet also created an interview podcast  Never Before and served as a correspondent for Entertainment Tonight and host for MSNBC’s groundbreaking series, “So POPular!”

Janet has been interviewed on Wendy Williams, The Daily Show, Late Night with Seth Meyers, Real Time with Bill Maher and by Oprah for Super Soul Sunday. Her writing has appeared in the New York Times, Variety, and The New Yorker. Janet’s work has been honored by The Ms. Foundation, Planned Parenthood, Feminist Press, GLSEN, and the Sylvia Rivera Law Project. TIME named this Millennial powerhouse to its 100 Most Influential People list, Variety named her one of its 2017 “Power of Women,” Ebony listed her on its Ebony 100, and Fast Company named her one of 2015’s “most creative people in business”.

On January 21, 2017, Janet addressed millions on stage at the Women’s March on Washington, where she urged for an intersectional and inclusive movement that included all women: trans women, undocumented people, sex workers and disabled folk. “I stand here today, most of all, because I am my sister’s keeper…Our approach to freedom need not be identical, but it must be intersectional and inclusive.” 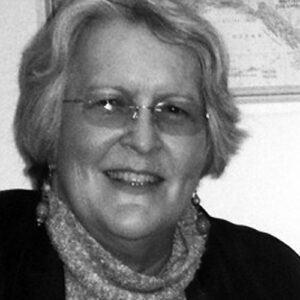 Phyllis Randolph Frye is known as the Grandmother of Transgender Law. In 2010, when she was sworn-in as a City of Houston Associate Municipal Judge, Phyllis became the first out, transgender judge in the United States.

But it wasn’t easy being a pioneer of transgender visibility. In 1976, when 28-year-old Phyllis decided to transition, she distributed letters door to door letting her neighbors know that the husband, father and born-again Christian they had known – the former Eagle Scout, Texas A & M University cadet and Army lieutenant — was going to start living full time as Phyllis. In response, she got her house egged, her tires slashed, and her driveway spray-painted with obscenities. She was disowned by her parents, separated from her son from her first marriage, blackballed by her engineering colleagues, and rejected for a job with the federal government.

The many acts of discrimination Phyllis experienced during her transition inspired her to pursue another degree, and using the GI Bill, she earned an M.B.A. and J.D. from the University of Houston. Phyllis became a lawyer in 1981, but unable to find a law firm that would hire her, she sold Amway products and worked sporadically as an engineering consultant. It was not until 1986 that she was able to launch her own law practice.

Phyllis was a veteran in the fight to put the “T” in LGBT and get gay organizations, including the HRC, to include trans people in their battle for civil rights. She was also one of the first to act on the need for transgender advocates to develop their own legal theories and agenda. In 1992, she sponsored the first International Conference on Transgender Law & Employment Policy. Throughout the 1990s, Phyllis convened five more ground-breaking conferences where grass-roots trans activists from around the country gathered face-to-face for the first time. They formulated policy, published their proceedings and began lobbying Congress.

Throughout her many decades of activism, Phyllis has been supported by Trish, her wife of 45 years. She has also received numerous awards. In 1999 she was given the International Foundation for Gender Education’s Virginia Prince Lifetime Achievement award. In 2001 she received the National LGBT Bar Association’s highest honor, the Dan Bradley Award. Beginning in 2009 Phyllis was honored by Texas A&M University with an annual Advocacy Award given in her name. In 2015 she was given the National Center for Transgender Equality’s Julie Johnson Founders Award. In 2018 the American Bar Association Commission on Sexual Orientation and Gender Identity honored Phyllis with its Stonewall Award for her tireless efforts in advocating for the LGBTQ community at a time when there was no transgender visibility and when anti-transgender hostility was open and aggressive. 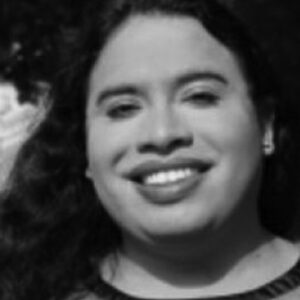 The first openly transgender person to serve in the White House, Raffi Freedman-Gurspan, identifies as a Jewish Latina and an indigenous Central American.

Born in Honduras, Raffi was adopted by a Jewish couple and raised in Brookline, MA. As a teenager, she became fascinated with Norway and Scandinavia, which led her to attend St. Olaf College in Minnesota. Raffi transitioned during her college years and began her trans activism by advocating for gender inclusive housing on campus. She spent her junior year studying abroad at the University of Oslo Faculty of Law where she took classes in international law with a focus on human rights and gender equality. In 2009, Raffi graduated with a BA in political science and Norwegian.

Raffi put her education to good use by working with the Massachusetts Transgender Political Coalition, as a Legislative Director in the Massachusetts House of Representatives, and as the LGBT Liaison for the City of Somerville, MA.

Raffi then moved to Washington, D.C. to work as the National Center for Transgender Equality’s Policy Advisor for the Racial and Economic Justice Initiative. Her work in this position focused on criminal justice and incarceration reform, immigration detention conditions, housing and homeless shelter policies, and sustainable economic development opportunities for transgender people throughout the US.

In 2015 Raffi was hired as Outreach and Recruitment Director in the Presidential Personnel Office by President Obama. He subsequently appointed her as the White House’s primary LGBT liaison in 2016, making her the first openly transgender person in this role. In 2017 President Obama appointed Raffi to a 5-year term on the Board of Trustees of the United States Holocaust Museum.

That same year, Raffi rejoined the National Center for Transgender Equality as its new director of external relations. In 2019 she left NCTE to become Deputy Director for All on The Line, an affiliate of the National Democratic Redistricting Committee.